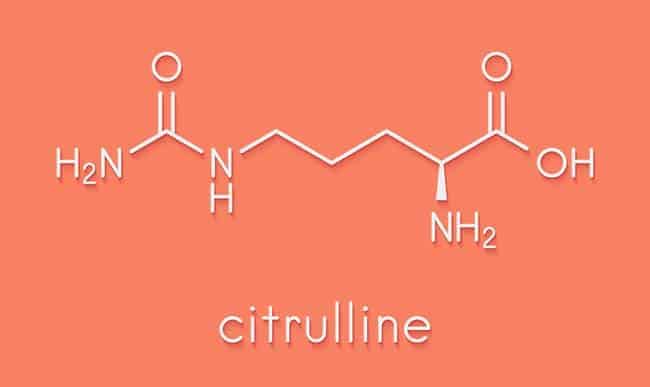 Citrulline malate is an amino acid compound that’s become a big noise in the gym because of its ability to enhance performance and delay the onset of fatigue.

When you work harder in the gym you can get superior growth and strength increases. You know it and I know it. This is nothing new. Citrulline malate just offers a fresh way of doing it.

What is Citrulline Malate?

Citrulline malate is a compound in two parts. As the name suggests, it consists of citrulline and malate (malic acid).

Citrulline is an amino acid that’s created in the body when the amino acid ornithine combines with carbamoyl phosphate. This meeting of compounds occurs naturally within the body during the urea cycle. If you’ve never heard of it, the urea cycle is the body’s way of disposing of waste nitrogen. [SOURCE]

The body also produces citrulline during the conversion process that turns the amino acid arginine into nitric oxide (NO). [SOURCE] 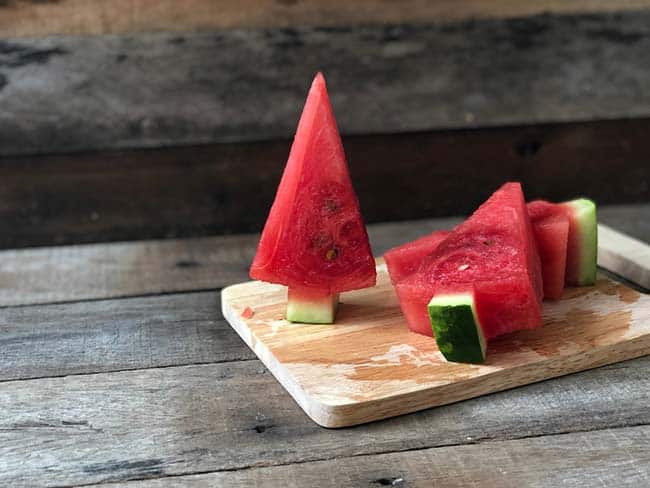 Malate is a salt compound that is sometimes used for preserving food. It occurs naturally in nature and, if you’ve ever bite into a sour apple, malate is the substance that causes it to bite back.

The compound is often bound with other ingredients, including citrulline, because it helps provides them with extra stability within the body.

Additionally, some studies suggest malate may have the ability to fight fatigue on its own [SOURCE]

Although it’s possible to create citrulline malate via chemical engineering, the compound is also naturally occurring in watermelons.

How Does Citrulline Malate Work?

Using supplements to boost the amount of citrulline present in the body appears to enhance the urea cycle. By doing so, it helps purge extra ammonia from the muscles. This delays the onset of fatigue.

In addition to this, the results of some studies show using supplements to increase citrulline results in greater levels of circulating arginine. This boosts NO. That’s why citrulline malate can provide a better pump.

It’s also one of the reasons why the compound is so good for enhancing performance and encouraging muscle growth.

Citrulline appears to be the key player in this winning combination. However, some researchers have speculated malate may help the body recycle the lactic acid that builds up during exercise and use it for energy. 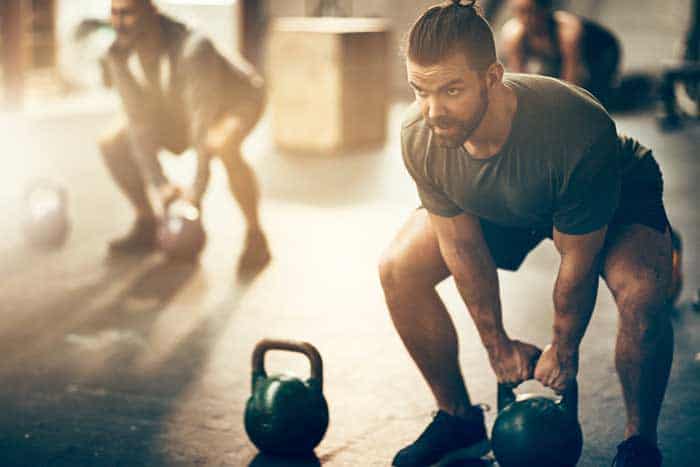 The Value of Citrulline Malate as a NO Booster

One of the main reasons citrulline malate can be so good for fighting fatigue and empowering your workouts is its ability to boost NO. Let’s take a look at why this is important.

Every time you work your muscles you are using energy. On a cellular level, this energy is supplied by ATP (Adenosine triphosphate), which is converted from the glucose shuttled to the muscles via the blood. It’s part of a process called cellular respiration and it can occur with or without oxygen.

During light to moderate exercise, your blood should be supplying the muscles with all the oxygen they need. When you pick up the pace and work your muscles harder your heart and lungs find it harder to keep up with your muscle’s demand for oxygen. That’s why you get out of breath.

Harder breathing supplies extra oxygen and helps things continue as normal. However, when you push too hard the blood can no longer supply enough oxygen. This is when anaerobic energy production comes into play. It will allow you to keep going, but not for long.

After a few minutes of anaerobic activity, lactic acid and ammonia build up in the muscles. The presence of lactic acid causes that familiar burning sensation that forces you to stop. When lactic acid builds up it can also make you feel sick and unwell.

How Citrulline Malate Addresses the Problem

By boosting NO, citrulline malate acts as a vasodilator. That’s science speak for a process that relaxes the blood vessels and improves the circulation.

Additionally, the improved flow of blood helps flush the lactic acid and ammonia from the muscles after you enter an anaerobic state. This also helps you to work the muscles harder for longer.

Proof that Citrulline Malate Works (What the Research Shows)

The performance-enhancing abilities pf citrulline malate have been well studied. Let’s take a quick look at some of the data that’s available.

Data provided by researchers at the University of Cordoba in Spain proves Citrulline Malate provides both aforementioned benefits.

They set out to determine the compound’s ability to enhance performance while performing bench presses. Use of the supplement enabled the volunteers to push through significantly more reps than the members of the placebo group.

In addition to this, citrulline malate also reduced muscle soreness by 40 percent. [SOURCE]

This study was carried out in France. Eighteen men took part. All of them were chosen because they were suffering from unexplained fatigue.

After 15 days of supplementing with citrulline malate the changes in muscle metabolism was shown to promote improvements in aerobic energy production.

The researchers speculated this may be due to the compound’s ability to enhance malate supply sufficiently, thereby “activating ATP production from the tricarboxylic acid cycle through anaplerotic reactions”. [SOURCE]

If you shouting, “Poly what?” I hear ya. Why do these scientific types always have to make things so complicated?

Do you know what? I don’t really even care what “Polymorphonuclear Neutrophils Oxidative Burst” means. All I care about is the study shows citrulline malate is an NO booster.

The guys who took part in the study were all professional cyclists. They took supplements that provided citrulline malate and then climbed on their bikes.

Taking the supplement increased the amount of citrulline and arginine available for NO synthesis. This primed them for the coming burst of oxygen without causing any oxidative damage. In simple terms: the study proves citrulline malate is a good NO booster. [SOURCE]

Apart from its abilities as a performance enhancer, citrulline malate appears to have some other interesting capabilities.

In addition to this, the supplement was also shown to enhance the way the body makes use of amino acids. Especially branched-chain amino acids (BCAAs). On top of this, the research also suggests citrulline malate may boost creatine production within the body. [SOURCE]

Increasing the production of HGH within the body can only be seen as a good thing. It’s an important hormone that imporves fat burning and promotes faster healing and tissue repair. HGH also has anti-aging capabilities and is often thought of as being the body’s internal fountain of youth. [SOURCE]

Enhances the Benefits of Amino Acids

Amino acids are the building blocks your body uses for repairing and creating muscle protein. Any compound that can improve the process offers obvious advantages.

BCAAs have greater importance than other amino acids because they make up a larger percentage of muscle tissue. There are only three BCAAs: leucine, isoleucine, and valine.

Creatine occurs naturally in the muscles, but athletes often take it in supplement form. Boosting creatine levels in this way facilities faster healing and growth.

Obviously, citrulline malate’s ability to boost normal stores of creatine will be minimal, but any increase is highly desirable.

When Is the Best Time to Use Citrulline Malate?

Different people are using the supplement in different ways.

A lot of people take it 30-45 minutes before their workouts so they can really push their boundaries and train with added intensity.

Others prefer to take it after they’ve finished training to help them heal faster, avoid muscle pain, and help with growth.

Still others take citrulline malate just before going to bed. The idea is it will boost HGH production while they are sleeping and promote faster healing.

There are arguments for and against all three options. Personally, I prefer to use it pre-workout and feel the benefits during training.

If you are taking a supplement that combines citrulline malate with other ingredients you will need to follow the instructions on the pack.

However, if you are using a basic citrulline malate powder the dose is generally two grams of powder combined with 200 ml of water or the juice of your choice. If the pack tells you otherwise though, go with that.

Due to the fact that the body converts arginine into NO, a lot of people wonder why using citrulline malate is preferable to using a straight arginine supplement.

Using arginine is something that was done in the past. However, research continues to reveal the fact that citrulline malate is better.

Arginine supplements are also notoriously hard on the stomach. Citrulline malate is not, so it’s a better option all around.

Citrulline malate is a research-backed performance enhancer that can help you to train harder and reap better benefits from all that hard work.

Not surprisingly, it’s becoming increasingly popular with supplement manufacturers and supplement users alike. It’s an exciting ingredient that gets the job done.

Apart from being excellent for boosting NO, citrulline malate also offers a few lesser known benefits, such as boosting HGH and creatine.

The thing to remember is research into the ingredient’s abilities is ongoing. There is no way of knowing what other virtues future studies may reveal.

I’m guessing the popularity of the citrulline malate is only going to increase and that’s no bad thing. It’s a lot easier on the body than many of the other performance-enhancing compounds and supplements some people are using instead. 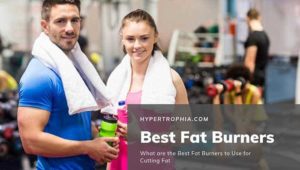 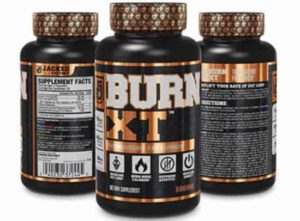 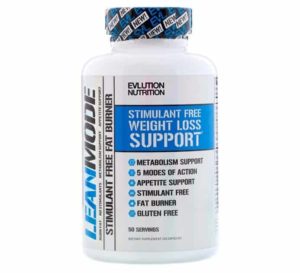